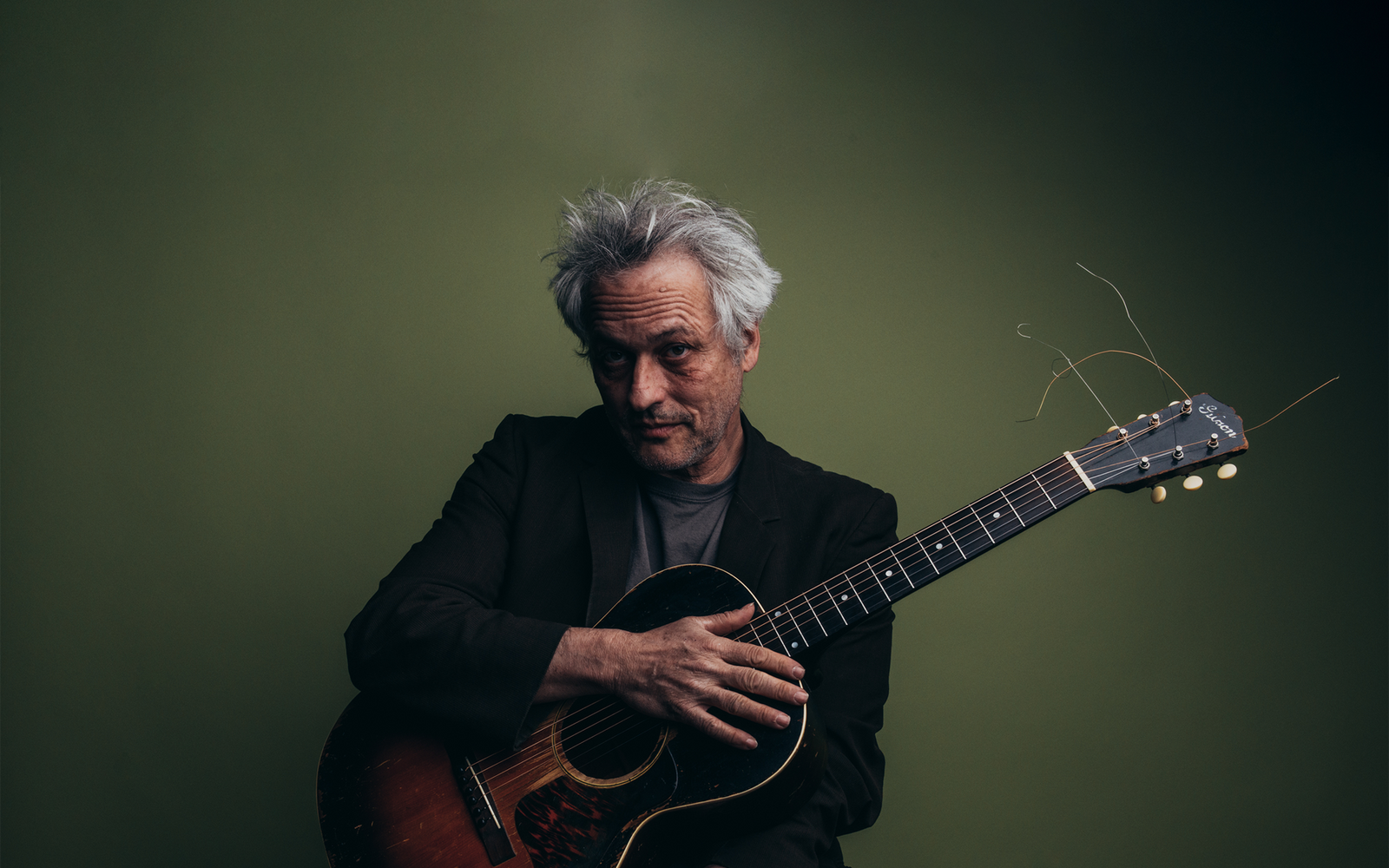 Does Marc Ribot really need to be introduced? He helped define the abrasive sound of Tom Waits, was part of John Lurie's The Lounge Lizards, and is a regular partner-in-crime with John Zorn. In short, he is one of the most exciting guitarists of his generation.

Besides being a master guitar wizard who gets the most diverse sounds out of his instrument, Ribot is also very socially engaged. With songs like 'weapons', he connects the resistance against fascism from WWII with the protest against Trump.

Ribot's solo concerts are extremely rare and of an unprecedented intensity. During this exclusive Belgian passage, he will alternate instrumental tracks with songs from his latest record

The Brussels multi-instrumentalist Vitja Pauwels walks exciting paths. Whether with bands like Bombataz, Naima Joris and Warm Bad or solo, he grabs attention. On his second solo album Drift By / Sink In (W.E.R.F. records), he works with pedal steel, drum computers and even sings. An exciting concert full of contrast.

Pauwels' first solo live album Day at Half Speed came out in 2019 on Rat Records/Walter/Off label. This after a year in Trondheim, Norway, with none other than powerhouse Stian Westerhus as a mentor.