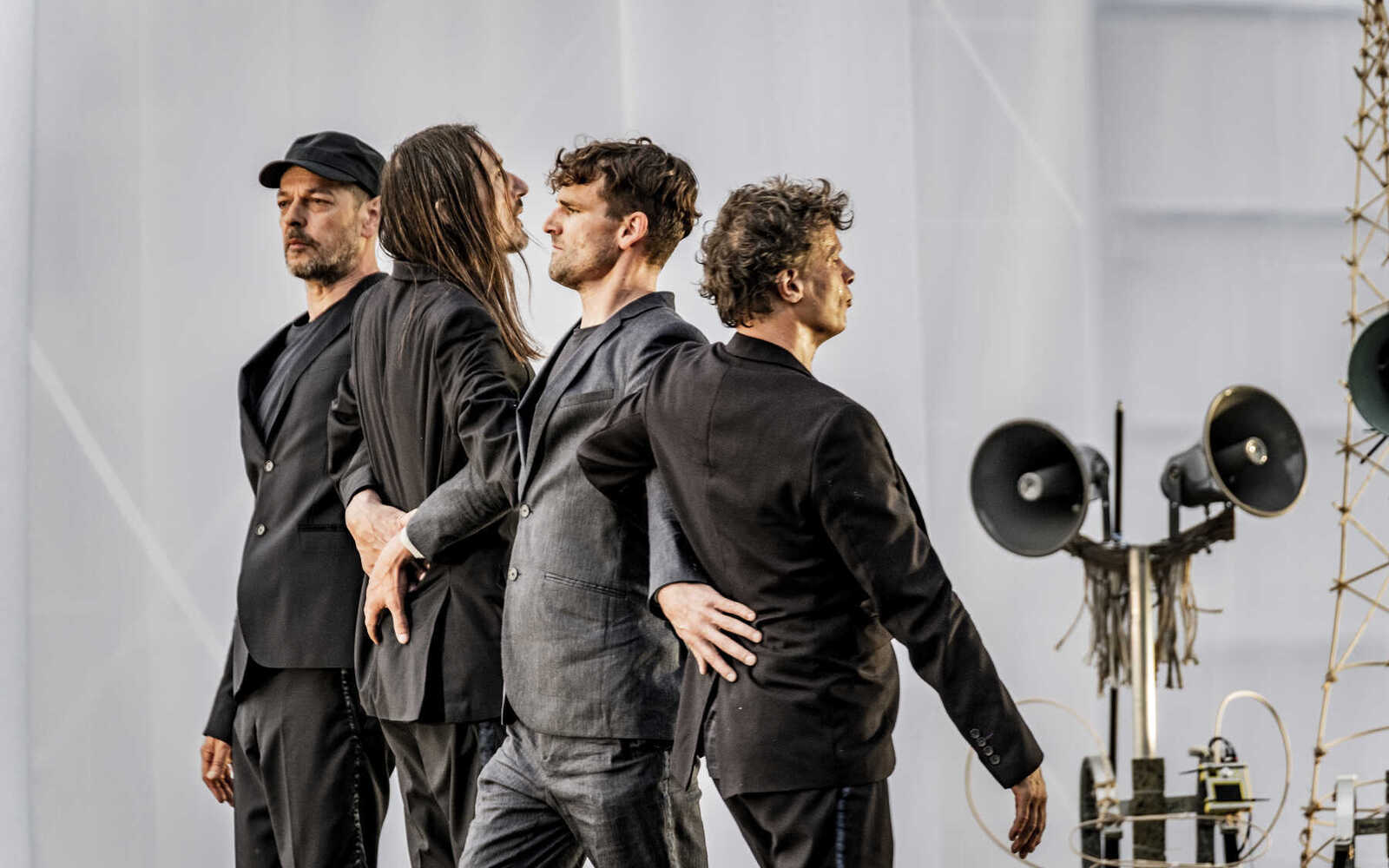 The Hopfrog Fanfare inhabits an "Alice in Wonderland" dream world with bizarre game rules in the midst of a sports competition, a concert and a ritual.

Be enchanted by a tantalizing game of live music, choreography and absurd theatrical imagination.

During their performance, the musicians search time and again for ways to interact with each other and the audience. But every attempt seems to fail. It is even dangerous and forbidden. When all hope is lost and they are about to give up, an unexpected way out emerges from an unexpected quarter.

Director Randi De Vlieghe is one of our most versatile choreographers active in children's and youth theater. He has received several awards for his work, which ranges from the circles around fABULEUS, BRONKS and HETPALEIS to his own non-profit organization Moldova.

In Hopfrog, nine musical classics and character heads stretch the concept of 'fanfare' in all sorts of directions. They sound like life itself: sometimes grotesque and absurd, sometimes quiet and simple. But always real: with breath, sweat and rhythms that make you move.

They previously worked with Zonzo Compagnie for Copper & Sheet, winner of the 2019 YAM Award for 'Best Large Ensemble'.

A performance by TROMP vzw in coproduction with Perpodium vzw and in collaboration with CC Berchem. With the support of the Flemish Community and the tax shelter of the Belgian government through Cronos Invest.